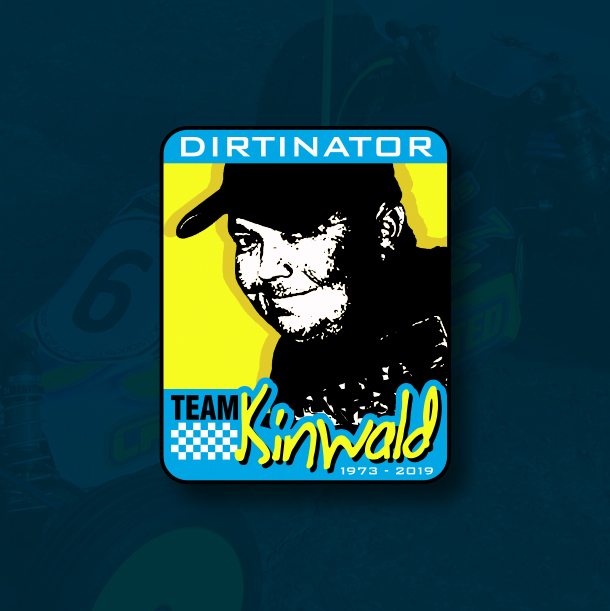 Starting his racing career at the young age of 15 years old, Brian imediately fell in love with R/C Racing. Throughout the late 1980’s, Brian raced as a local in the southern California area, racing at some of the most famous race tracks including RCHR in Newport Beach, CA. As a young racer, Brian began getting the respect of the best drivers in the industry including Team Associated’s Cliff Lett and the iconic Mike Reedy. Brian was taken in to the Team Associated family as a travel team racer where he made his presence known at events such as the Reedy Race of Champions, Florida Winter Championships and ROAR Off-Road Nationals.

Kinwald started to gain worldwide exposure in the early 90’s, finishing 2nd at the 1991 ROAR Modified Off-Road Nationals. From that point forward, Brian was a national threat winning just about everything on the West Coast and then his first ROAR Off-Road National Championship in the 2wd modified class at the 1992 event in Dallas, TX. Brian peaked for Team Associated in 1993 during the IFMAR World Championships in Basildon, England, where he won the 2wd class ahead of the legendary Joel Johnson, Craig Drescher and Masami Hirosaka.

For the 1994 season, Brian sent shockwaves throughout the R/C industry when he signed on to become the flagship driver for Team Losi and Trinity. Brian continued winning with the new combination and set a new standard for practice, vehicle setup and tire preparation while he helped the Team Losi XX buggy become one of the most succuessful vehicles on the track. Brian honed his skills as a tire builder often beating everyone to the punch with the best tire combination giving himself the reputation as the tire prep king. Throughout the 90’s, Brian kept on winning, adding 7 more ROAR National Championships in the 2wd modified class to his healthy resume as well as winning the first IFMAR World Championship for Team Losi in 1997 at the Ranch Pit Shop in Pomona, CA. Taking on the nick name the “Dirtinator,” Brian was untouchable in the 90’s and early 2000’s.

During the 2000’s, Brian broaded his racing, competing in 1/8th off-road events where he won another ROAR National Championship. Brian was intrumental in developing the Team Losi touring car and helped bring another successfully tuned platform to market. Brian’s influence isn’t just as a builder or driver as he also mentored several drivers during the late 90’s and early 2000’s who became national sensations and have enjoyed successful career’s of their own, including Ryan Cavalieri. Brian is one of the rare drivers to have a tire named after him after his development work turned into what has become the famous BK Bar tire. After his retirement from Team Losi, Brian took on a driver and development role with XFactory where he helped tune the unique mid-motor vehicle that enjoyed amazing success in the European market which urged many other manufacturers to start building mid-motor vehicles of their own.

Brian’s career came full-circle, when in 2011, he signed an agreement with Team Associated to once again race for the company in which he started with and won his first IFMAR World Title. During the same season, Brian began racing for JConcepts, reuniting with friend and former teammate Jason Ruona, for whom he has known for over 20 years. Brian has enjoyed tremendous success with the Team Associated and JConcepts team where he is specialzing in 1/10th off-road once again. Brian has won numerous events on the Scotty Ernst produced Short Course Showdown Nationwide Tour and has dominated several events including the SIGP at Competition Hobbies in Tucson, Arizona.

Today, Brian continues to eat, sleep and work R/C as he still does exactly what he loves each day. Recently, Brian raced in a special event dedicated to his race name “Dirt,” a specially formatted race called the Dirt Invert. Brian continues to develop tires and build one-off projects for JConcepts and Team Associated as his day-to-day assignments while he preps his “one of a kind” meticiously prepared cars to represent JConcepts and Team Associated at the next upcoming national caliber event.